Took a quick run up the hill to check out the snow situation. Overall pretty disappointing for this time of year. Very little snow below 4,000'. What snow there was, wasn't great for driving in. I'll call it slow snow. Too much throttle and I'd start digging. I was the only wheeled vehicle up there since the last snows. I was following some some tracks from some vehicle on tracks a day or two prior. I suspect it was a Side-by-Side. It was slightly wider than my bronco though and had quite a bit more ground clearance. Had 2.5-3 feet most places above 4,000 feet and some deeper drifts. 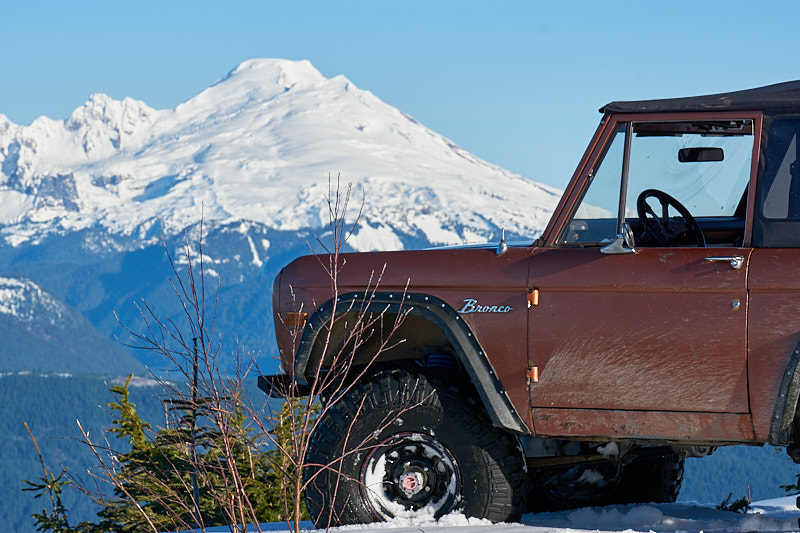 On the full res pic, can see the snowmobile tracks on Baker. I scanned the pic and couldn't find any snowmobiles or climbers though. 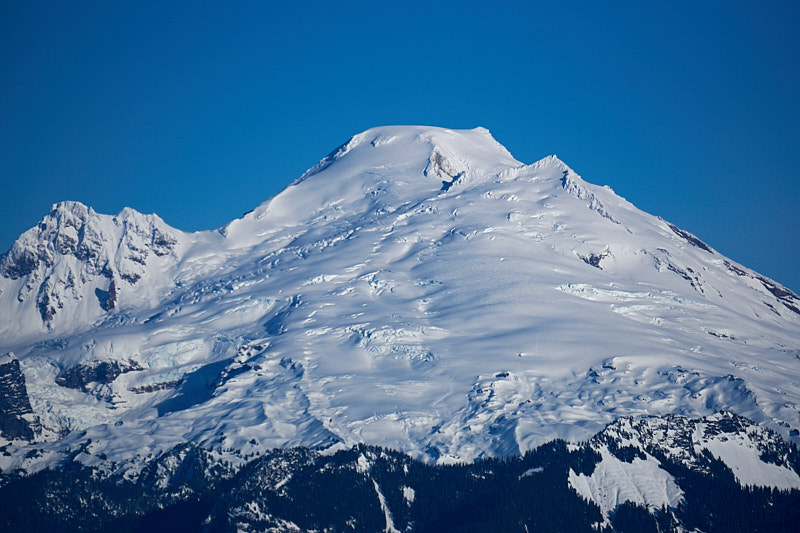 The tracks I was following 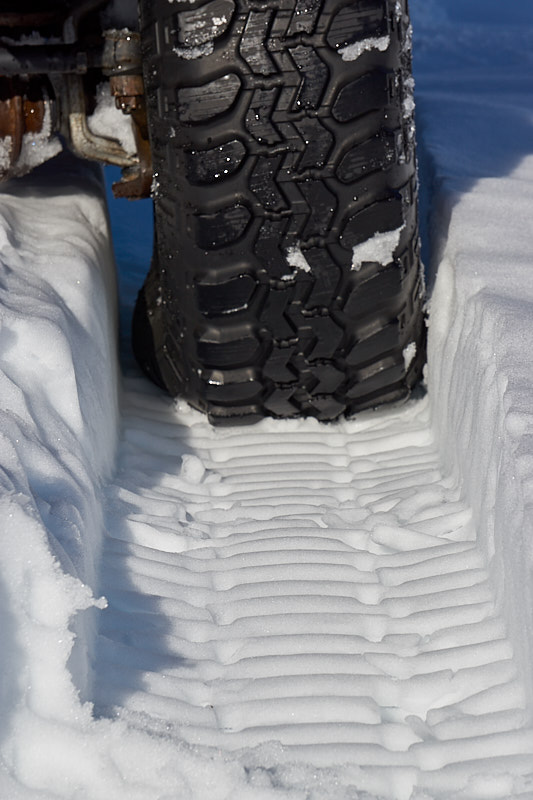 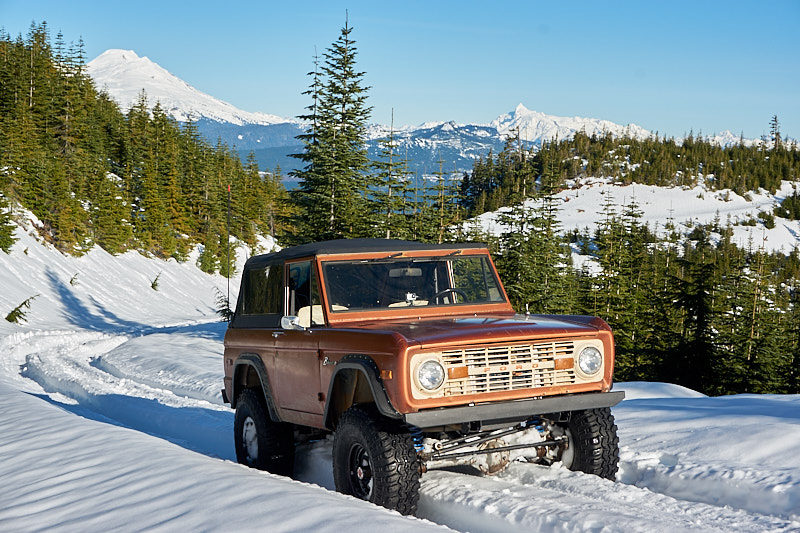 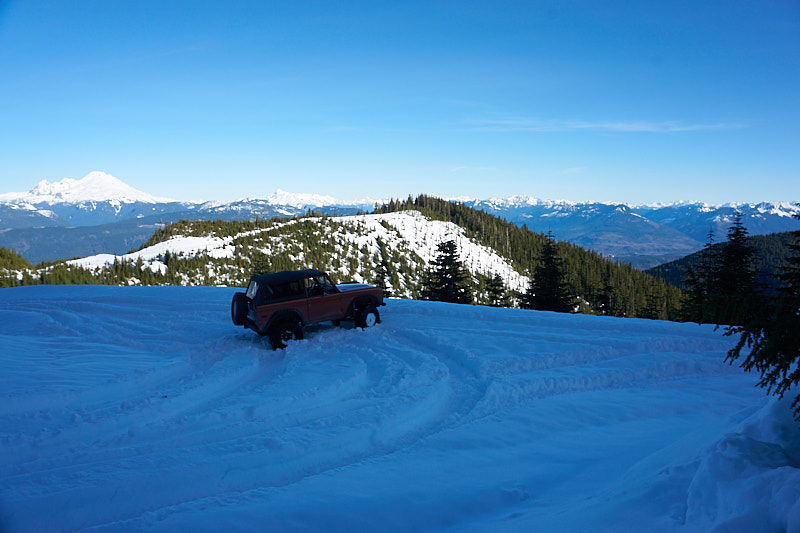 Some video from last weekend. Looks like we've had a some decent snow this week. I should have gone out today. Did anyone go?

Last weekend would have been so amazing. There were feet of fresh soft snow at Stevens, but was busy skiing it instead.

I went out today on Pilchuck up towards Bear Lake. Made it up to 2800ft which is lake elevation but stopped half a mile short due to a small downed tree that I didn't want to deal with (we came to ski). It was raining moderately all day and the snow was water-saturated cement. Broke trail for the last few miles which was difficult but not awful, generally able to stay moving straddling outside the old faint ruts. Became difficult towards the end due to pushing the wall of snow.

Proceeded to experience my worst ever day of skiing bushwhacking through a wall of underbrush, didn't really get anywhere and just left after getting soaking wet and cold.

Sad that all the fresh snow is now trapped under what will be tomorrow's ice crust, but at least we're building some snow base.

Only a few feet of snow up there, still pretty weak snow pack compared to what's on the mountain passes. 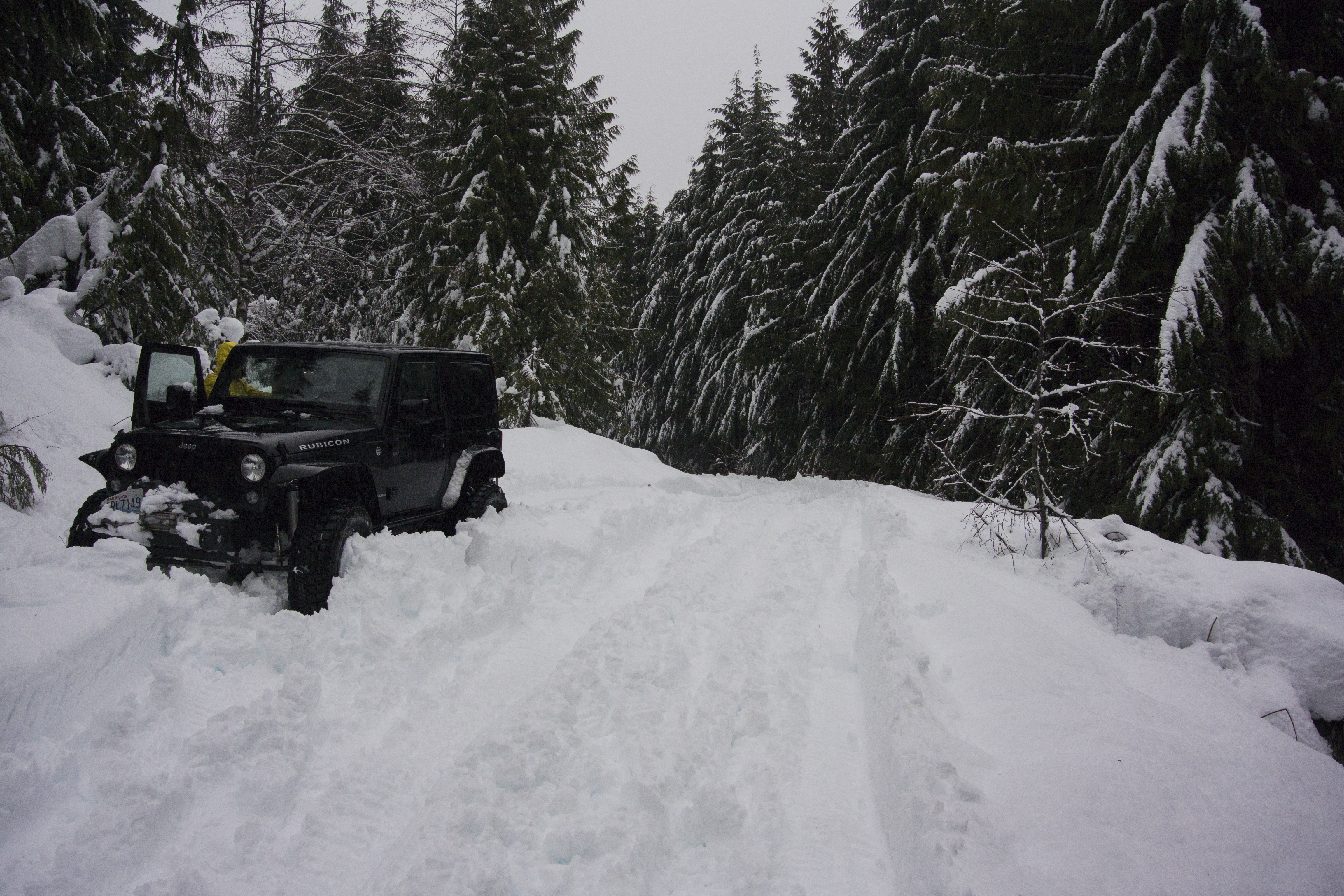 Yeah, I think last weekend would have been good. I thought about going out this morning, but it was pretty windy, so I decided not to. It ended up being a really nice day today. I’m up for a run tomorrow morning if want.
WINTER IS HERE
Top

Nobody wrote:Yeah, I think last weekend would have been good. I thought about going out this morning, but it was pretty windy, so I decided not to. It ended up being a really nice day today. I’m up for a run tomorrow morning if want.

I was thinking about going out tomorrow but since it's just going to be a raining sloppy mess much worse than today, I think I'm just going to replace my spark plugs which requires several hours of engine disassembly (thanks Chrysler!)
Top

I think today would have been great up north. I was watching the animated radar and Skagit county was perfectly inline with the Olympic rain shadow. Not a drop of rain all day. I blew it this weekend.
WINTER IS HERE
Top

Nobody wrote:Sorry for the slow response. You'll need to use the Windows Photo Viewer to actually rotate the image. See the link below

Thanx. The pics look fine in photo viewer. I rotated them anyway, they still show upside down. its kool.
Not much being posted for up coming wheeling on here. My son just got his first job and he was my wheelen buddy. I guess I try and stay off the evening news while im' out alone. LOL

I would love to, but the The Great Northwest Glass Quest just started and I’d get disowned if I ditch the family this weekend. Conditions sure look good though!
WINTER IS HERE
Top

Got up to Jack Pass today. Had around 1.5 miles of trail breaking at the end which took several hours. Snow was waist deep when trying to walk around. Decent snow, but on the heavy side (it's been in the low-30's for all this snow) and generally couldn't continuously move due to the immediate formation of a wall of cement. Conditions improved as we got higher and the snow softened a bit, this would be a fun place to go on a 2-day trip and go up the spur roads from the pass to even higher elevations, could easily spend days up here wheeling. Got a few 10-vehicle-length hits in, otherwise just 2-vehicle-length pounding the whole way. Another day where I started at 4PSI, then tried 2PSI and was much worse off, and then went up to 5PSI for best conditions. Starting to think the 1-3PSI range is only good on a true soft blower powder day otherwise ground clearance wins. 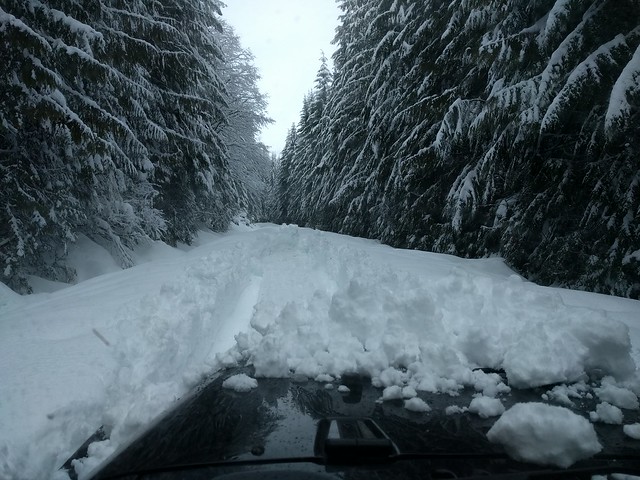 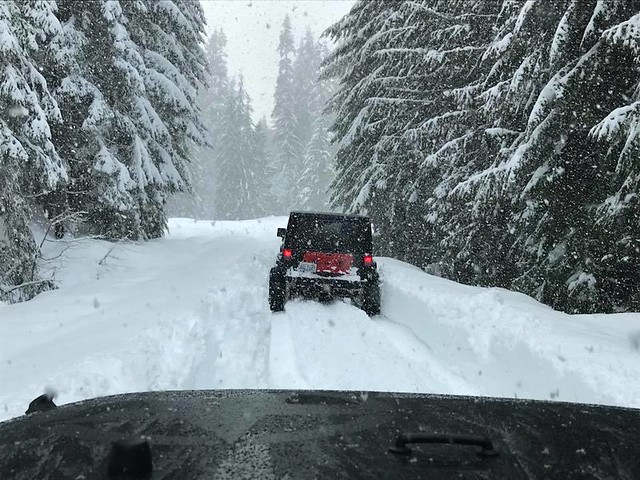 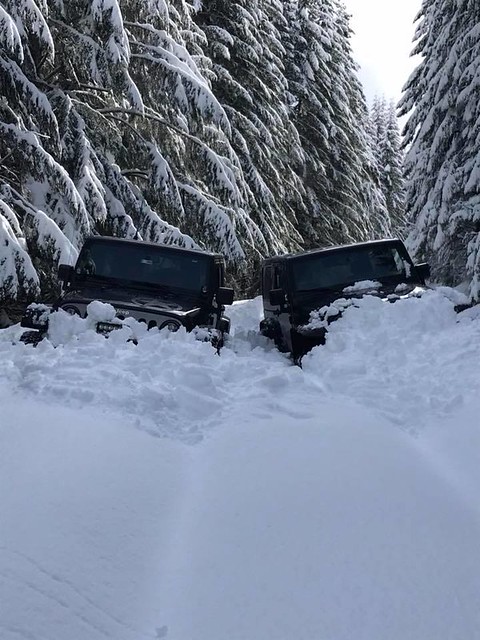